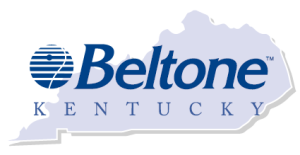 Born in 1960. Interesting fact: I have an identical twin named Larry. Originally from Cumberland county, Kentucky. Graduated from Cumberland County High School in 1978 with honors. Attended Western Kentucky university earning a bachelors degree in education in 1978 (Honor Grad), a master’s degree in education in 1892 (Honor Grad). Also attended Colorado School of Banking and received a graduate degree in 2007. Became a hearing instrument specialist in 2012. Achieved a level of excellence as a Beltone Master Hearing Aid Practitioner in 2014. I’ve been with Better Hearing Centers since June of 2012. My favorite part of my job is helping people hear well again.

Russellville is a city in Logan County, Kentucky, in the United States.The first settlers of Russellville arrived in the year 1790. The city was incorporated in the year 1798. From the period of 1790 to 1798, the place was known by several names like Cook’s Station, Logan Court House, Big Boiling Spring, and Rogue’s Harbour. The city was named Russellville, after William Russell who was a general during American Revolutionary War. Confederate sympathizers met in the Russellville Convention, during the Civil War to formed the Confederate government in Kentucky. Russellville and nearby attractions include: